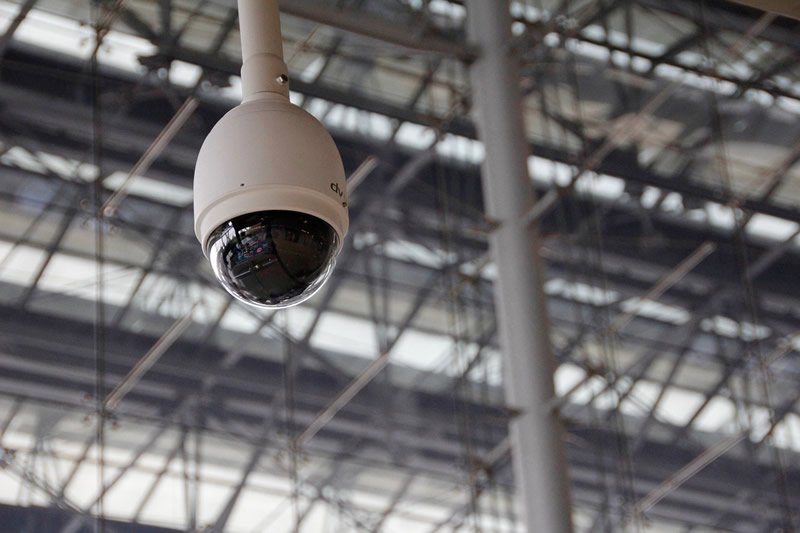 You Are Here | Home | Commercial or Residential Video Surveillance

There was a time video surveillance systems were only seen in large corporate offices, retail stores, and government buildings. Now you can see video cameras everywhere you look, whether you are at a restaurant for a family dinner or at a friend’s house for an overnight stay. Video surveillance has become a necessity for all businesses and is becoming more popular among home owners as well. Technology has become cheaper, and it is often more affordable to have a video surveillance system in place than hiring security guards for the protection of your property.

If you’re looking to get more information and price quotes, fill out the form below.

Video surveillance systems can range from a single camera and monitor to complex systems consisting of tens and hundreds of closed circuit television (CCTV) cameras, digital recorders, and several operators. Depending on your business or housing needs, video surveillance systems may employ different types of commercial grade cameras with varying resolution and other specifications.

Video surveillance systems can be broadly categorized into two types, depending on the technology used to connect the CCTV cameras.

Wireless video surveillance systems have their own advantages and disadvantages. These are not suited for placement in a location where there is a high degree of interference cause by wireless telephones, air conditioners, fluorescent lighting, etc. Also, they have a limited range and do not offer the same level of reliability as the hard-wired systems.

However, there are certain circumstances where wireless technology is the optimal choice of installing a video surveillance system. For example, in rural areas where there is little or no presence of interfering resources or in a busy street where digging a trench is not a practical solution.

CCTV cameras are the major component of a video surveillance system and there are several factors to consider when determining the type of camera you want to install to safeguard your home or business. The three basic questions to be considered include:

After considering all three factors, you many choose any of the following types of CCTC cameras used in video surveillance systems.

When purchasing a monitor for your video surveillance system, keep the following important points in mind:

The most important consideration of buying a digital video recorder is its storage capacity. A DVR with a 500 GB hard drive can store about 500 hours of video from a single camera. You may buy additional hard drives to expand the capacity of your DVR to several terabytes.

The Cost of Installing a Video Surveillance System

The total cost of purchasing and installing a video surveillance system depends on a variety of factors such as the type of cameras, monitors, DVRs, technician fee, etc. The following prices are an estimate of an 8-camera video security system.

Get FREE home addition quotes from several building contractors
and compare them! No obligation.
Then you decide.

Find a contractor you can trust.

Georgia Garage Builders – Down the humid region of the south, the carpet and granite capital of the world lies. While munching on grits, a breakfast delicacy of the state made from corn, why don’t you enjoy what Georgians would like to tune in? Chances are they’re cheering for the Atlanta Hawks or the Braves or the Falcons. Speaking of granite,

Arizona Garage Builders – Garages are part of a home or in another building still connected to the house where the residents park their cars and leave things in. It is typically fully enclosed like a small box house. Most of the time, garages are made of wood and steel that are meant to deter “carnappers”, thieves and withstand the elements